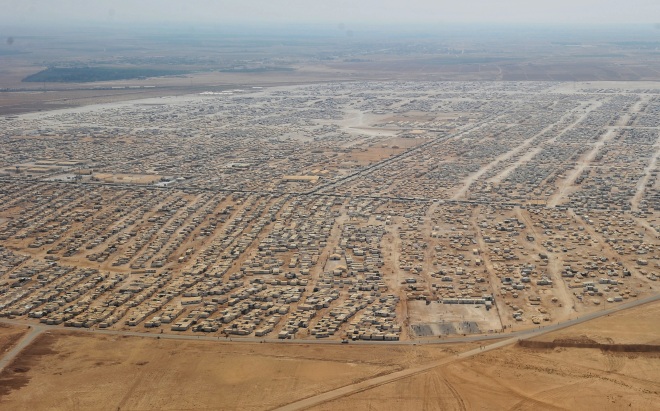 Referring to the toll of the Syrian refugee crisis, Kori Schake argues that “the ally of America in the greatest need at the moment is Jordan”:

The United States is the largest international donor to Syrian refugee efforts. But a much larger and more diversified inflow of aid to Jordan is urgently needed and long overdue. The United Nations provisionally estimates that the cost to Jordan of hosting Syrian refugees will be $3.2 billion in 2014. The United States needn’t be the provider of that aid, but drumming it up from others is something it can and should do.

And here is where the Obama administration could perhaps make a virtue out of the catastrophe that is its Middle East policy, harnessing the newfound willingness of unlikely partners in the region to productive effect. The U.S. government should develop a strategy for raising not just that $3.2 billion but also providing political, economic, and other assistance to the government of Jordan, webbing it into regional cooperation made possible by allies worried about U.S. policies. The approach should expand from the refugees themselves to also having lines of operations for affecting Jordan’s own people and also supporting the government of Jordan.

It should increase trilateral U.S.-Israeli-Jordanian efforts on water sharing and security, folding other regional allies in to fund and share Jordan’s burdens. Jordan should also be given a starring role in Palestinian peace talks, both to reward its support for Israel but also to help in managing its domestic Palestinian population — if a peace deal is reached, Jordan will be a major beneficiary.