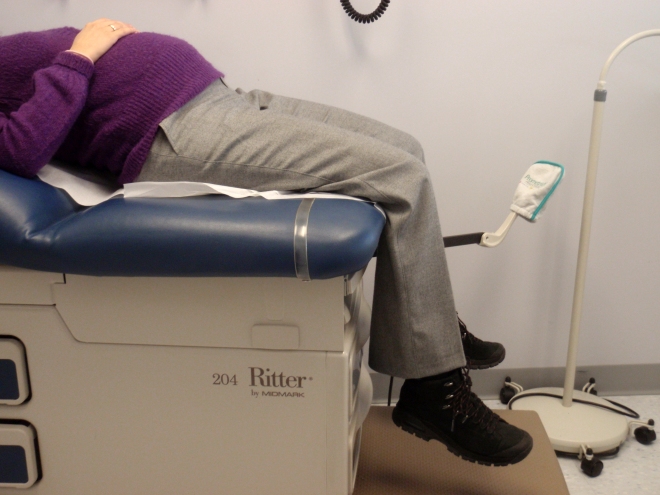 Anemona Hartocollis reports (NYT) that the strong arm of the law is coming for your adorable baby photos. (Pet photos are safe, for now.) But not the ones you share on Facebook, or that you might select to illustrate a magazine essay you might choose to pen about your child. The law – as far as I know – would be fine with you going around town bearing a placard with your child’s mid-tantrum face captioned with a quote of the darndest thing he or she ever uttered. No, the only ones under attack are the photos doctors traditionally used in their office decor:

For generations, obstetricians and midwives across America have proudly posted photographs of the babies they have delivered on their office walls. But this pre-digital form of social media is gradually going the way of cigars in the waiting room, because of the federal patient privacy law known as Hipaa. Under the law, the Health Insurance Portability and Accountability Act, baby photos are a type of protected health information, no less than a medical chart, birth date or Social Security number, according to the Department of Health and Human Services. Even if a parent sends in the photo, it is considered private unless the parent also sends written authorization for its posting, which almost no one does.

Hartocollis notes that some doctors don’t see these photos as a violation:

“For me, the face of a baby, that is really an anonymous face,” said Dr. Pasquale Patrizio, director of the Yale Fertility Center in New Haven. “It was representative of so much happiness, so much comfort, so much reassurance. It is purely a clinical office now.”

At what age, then, does the face cease to be anonymous? Because this doesn’t seem to just be about baby photos:

Jacques Moritz, director of the division of gynecology at Mount Sinai Roosevelt in Manhattan, still displays baby pictures in an exam room. “There’s not a day that goes by that somebody doesn’t come in with a picture of the kid — up until 17, 18, 19 and 20,” he said.

It would be nice to think that, by high school, your photo would not be showcased at your mother’s gynecologist. At the very least.

Anyway, what struck me about this story was that it’s a rare case of children’s right to privacy being rounded up, not down.

The parental overshare wave has seemed unstoppable, and consists, to a large degree, of articles by parents, about their own children. A move towards demolishing taboos when it comes to sensitive medical diagnoses – brave and admirable when it comes to adults being open about their own health – has led to it seeming absolutely normal for a parent to publish an essay on his or her child’s mental or physical illnesses. The child is seen as an extension of the parent, not as a person who will grow up and have to contend with whichever information being readily available to future partners, employers, insurers. The child’s story, then, is seen as the parent’s to tell, the child’s medical records the parents’ property to share however widely, in a way that would never fly if a writer decided to hold forth about the medical complaints of an identifiable adult friend or relative. (Exception: the person being written about suffers from a condition that makes it impossible for them to read or be read to.) While there are clearly times when it’s not just acceptable but necessary for a parent to share a child’s medical information – with the child’s doctor, say, or with a support group, a school employee, etc. – we no longer seem to recognize that there might be limits. That, in other words, anything other than the limits of good taste should bar a parent from writing a confessional piece about the exact consistency of their child’s last… trip to the facilities.

The Hipaa concerns don’t challenge parental overshare head-on, of course, given that the loophole is that a photo’s OK to show if the parent explicitly says it is. And it’s arguably quite a bit worse for your mom to write a magazine cover story about your unusual digestive condition than for there to be some relatively small-scale photographic evidence that your mother went to an OBGYN. But it’s nevertheless good news that children’s medical histories are, in some small way, being recognized as their own.